US Building codes (specifically ASCE 7) contain a height limitation of 160 feet for shear wall structures in Seismic Design Category D or greater. But where did this number come from? What reseach led to early code writers differentiating buildings at exactly 160 ft? Like many building code clauses, this is an arbitrary carryover from when seismic design was in its infancy.

Height limitations predate seismic design - they were originally (and still are often) a zoning tool. In the 1920’s, Los Angeles began limiting buildings to 150 feet or 13 stories to encourage development to spread out and prevent the creation of a New York style city. Code writers really began thinking about earthquakes in the 1940’s. But they lacked sophisticated analysis techniques and many proposed rules were based on experience and observations.

In 1951, The American Society of Civil Engineers (ASCE) published one of the earliest recommendations for seismic design - Lateral Forces of Earthquakes and Wind. They had observed from past earthquakes that moment-resisting frames had performed well, and suggested their inclusion in any tall buildings (above 135 feet).

In 1959, the Structural Engineers Association of California ( SEAOC) Blue Book Recommended Lateral Force Requirements made reference to the LA height requirements, but erroneously stated the limit as 13 stories or 160 feet. Shortly after, the 1961 Uniform Building Code (UBC) was published and also contained requirements that buildings over 13 stories or 160 feet shall have a complete moment resisting space frame. In 1988 the UBC further relaxed this requirement by 50%, allowing shear wall building frame systems up to 240 ft in height, provided they do not have certain irregularities. Again, there was no scientific justification for this number, other than experience and observations.

Thanks to performance based design and experience with shear wall structures in other countries without height restrictions, we now can show that shear wall buildings can be designed and detailed to perform adequately at heights well beyond these limits. But its amusing to acknowledge that a significant code obstacle to modern highrises stems from a 1920 zoning height limit in Los Angeles and a typographical error. 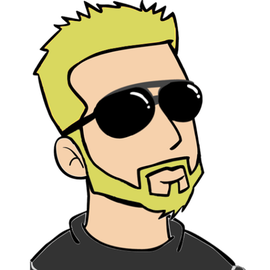